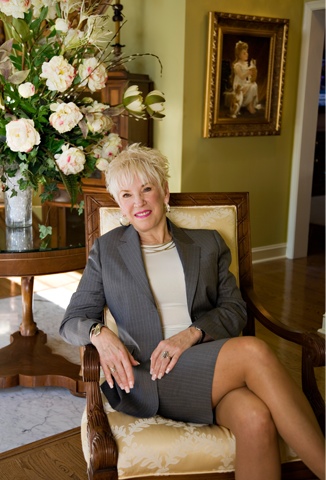 Carole Lee has the distinct ability to design homes that are both welcoming and polished, which is a reflection of her personality.

Her skillful eye for design is rooted in her innate talent and love of design which began over 30 years ago. “As long as I can remember, people told me I had natural ability when it came to designing a room with flair. My mother told me I had a gift and was talented and supported the idea that I pursue a path in interior design,” recalls Carole Lee.

She began her career working as a designer with top firms in New York City, learning and perfecting her craft from award winning designer’s. Her sincere belief that an interior designer should do “what’s best for the client,” as opposed to what may be best for a large company’s bottom line, led her to founding her own company. She opened a retail operation selling home furnishings with a personalized interior design service that emphasized the client’s needs. Soon after, the success of the interior design services grew and expanded, which led her to close the retail operation and focus solely on design.

As a female entrepreneur and business owner, Carole Lee understands the importance of encouraging young women to follow their instincts and has acted as mentor and teacher to female design students, as well as serve as instructor of Interior Design courses to adults at a local college. Her love of furry friends inspires her to support the SPCA, ASPCA and The Humane Society as well as additional local fundraising efforts.

“Being a professional interior designer has taken me everywhere I would like to be.”